The human fight against desertification: heroes and enemies 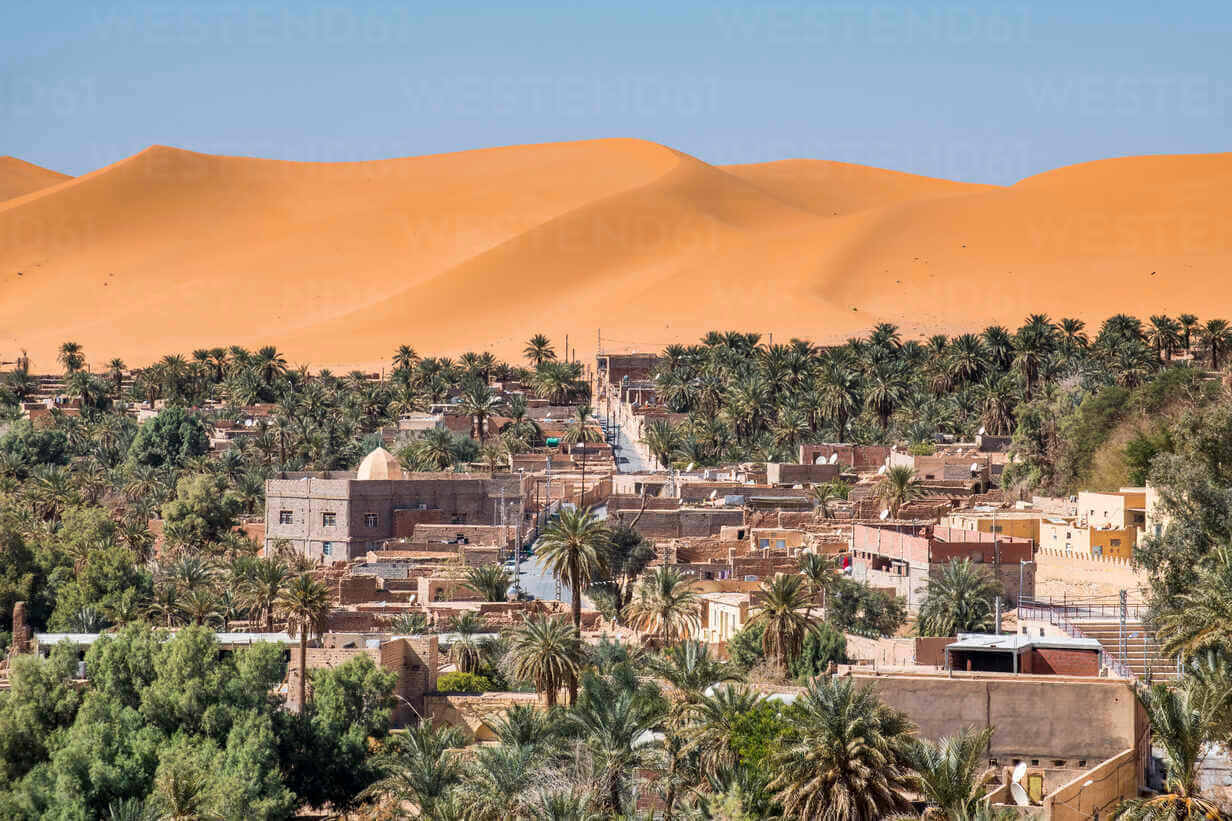 Deserts are the areas of our planet more alike Mars. Probably, Mars was full of water sometime in the past. Desertification is not only the tendency of some land to become a desert, but it is also an extremely dangerous tendency for our planet. As a matter of fact, almost 33% of the Earth is yet covered by desert land.
The forces that turned Mars into a planet of dust and rock are different from the one that are transforming some of our regions into barren lands.

In general, desertification is a process of soil degradation in arid and subhumid areas due to several factors. Unfortunately, we are going to have serious drought problems in many regions of our planet. So, the desertification could come close to us all and we need to learn how to combat or at least mitigate the effect of drought.

Historically, human beings did not create deserts. In fact, desertification has been a natural process for thousands of years. Today is almost forgot that the humankind has been fighting the desert for at least the last 5000 years. For example, oases are not a natural product of nature but a masterpiece of human technology and social organization.

There are many other ancient technologies developed by the humankind to fight droughts and deserts. Unfortunately, since many of these techniques were very ancients, some of them are lost and others are undervalued by the modern and rich humanity.

In the last one thousand years our species has gone true a huge transformation, as a result, our impact on the Earth is now too heavy to be sustainable on long term. Overall, we are now helping the desertification of many lands.
Global warming is only one of the negative consequences of the human footprint. But global warming is only one of the causes of the desertification process. Tragically, for the last 1000 years, the modern humanity has been increasingly a problem for the Earth. As I see it It’s very stupid to invest huge resources to go on the dead planet Mars and not being able to solve our planet’s deadly problems. I must confess, that for me, the space tourism is one of the many enemies of the fight against desertification.

The river Nile, in Egypt, is a natural protection against the desert. Historically, every year in late summer, the Nile would flood for the heavy rainfall. In this season the river expands onto the Egyptian delta plains before receding again. Scientists discovered that those floodwaters carried with them minerals, nutrients and crucially, clay particles from the East African drainage basin. The river Nile deposited them for thousands of years across the delta lands. So, the Nile’s clay gave the soil both its resilience and fertility.

Unfortunately, the Nile Delta’s fertility has been reduced by the modern human technology. In fact, the building of the Aswan Dam across the Nile in southern Egypt, during the 1960s, stopped all that good clay and nutrient flowing downstream. A decade without this annual renewal of the soils, and all the fertility in the delta lands had been used up.

The good side of this tragic story is the rediscovery of the Nile’s secret. Once the soil scientists and engineers had figured out the problem, they used their new knowledges to try to turn desert into farmland. However, using clay to improve lands quality is nothing new, farmers have been doing so for thousands of years. Indeed, in recent years, there are many tests of using a concoction of clay, water, and local soils to grow food plants in the desert. This ancient technology could also be used to drastically reduce the water consumption in any modern cultivation.

Finally, beyond the specific technology, this is what we learned from this story:

1) Improving or preserving the quality of the land is one of the keys to combat desertification.

The river Nile story made clear that the same quantity of rainfall, on the same vegetation, can have hugely different effect depending on the quality of the lands.

The hope is that this natural ancient technology could be drastically improved and combined with other technology, it could be used intensively to save water and soils. We will see, later in this article, that one man has already done much more than this, and with little help from our technically advanced world.

2) The sustainable land management must improve and expand.

We need to change the way we use and manage land: significantly reduce pressure from economic activities, investing in green infrastructure, preserve land and soil resources. It is cheaper to preserve land and soil resources than to restore or remediate them. We need to educate and sustain farmers, architect, and engineers to learn and use a new improved land management

I drafted this article for my English C1 certification, in July 2021, since I had always dreamed to transform the desert into a beautiful Eden. But I decided to publish the following little research a few months later, when I heard the bold announcements at Cop26 in Glasgow. In particular, the imminent start of the Great Green Wall project. Obviously, if we could transform deserts into forests and grassland, we could solve many problems, including the global warming.

Human induced deforestation is the most evident and negative impact of our species to this planet. Forests preserve humidity and produce vapor; they are one of the tools to prevent soil degradation and global warming. On some latitude, it is typically easy to reforest the bare soil, while in many other regions it is difficult.

The rainforest reforestation is quite easy and can be used to fight global warming and desertification. Actually, the humanity is constantly deforesting the rainforest.

For example, as you can see in the photo below, this 15 square km of land in the State of Minas Gerais (Brazil) was almost bare soil in 2000. This was the result of the normal human activity.

Fortunately, Sebastiao Salgado, a famous photographer, and his wife wanted to reforest that wide area around their house. They have been very determent to bring back the flora and fauna of this tropical region. With the help of Instituto Terra (institutoterra.org) they have planted there 2 million trees made of 290 distinct species. In only twelve years the rain forest was back, at least there.

4. Reforestation in Africa to fight drought and desert

The reforestation of almost arid soil is not easy but is particularly important to combat desertification. In Africa there are already big desert and vast areas of arid soil.

The reforestation effort in Ethiopia.

The Ethiopian government has big reforestation plans. They planted over 350 million trees in a day, setting a new world record. But is not so easy in other places where there is less rain during the year or when the desert has arrived yet.

One famous “desert fighter” has been Allan Savory, a white Zimbabwean ecologist, biologist and livestock farmer.

Until 1970 he advocated for slaughtering large numbers of elephants since he thought they were too many, and so they were destroying their habitat. Thus, his research led the government to cull approximately 40,000 elephants. However, this didn’t reverse the degradation of the soil. Instead, this cruel action led to an acceleration of the degradation of the soil. At least, this unnecessary massacre made Savory determined to solve the desertification problem.
Eventually, Savory has found an improvement to farming in very arid lands. Indeed, when the dry season arrives, many farmers are used to burn the dry grasslands, living the soil dangerously bare. In the short term, burning the dry grass and bushes was at least good for the agriculture. Sure enough, doing nothing would have stopped the new grass growth.

Savory’s idea was to mimic nature in the arid African’s lands. He used, for a limited time, livestock (cattle, sheep, etc.) to remove part of the dried vegetation and to fertilize and break the soil. In this way, the water could have gone inside the ground and the new grass was going to substitute the old one without overgrazing.
So, the herds of herbivores, which move finding new lands to feed, are not a danger for the land like, for example, a stationary herd of cattle that will produce overgrazing. Hence, if you move the herd like in nature, this is of great benefit for the health of the soil. In this way the herd can be part of the virtuous cycle which mitigates desertification.

This is at least improvement, but the modern humanity is still losing the fight against desertification.

5. The man who stopped the desert

Incredibly, a real solution to fight desertification arrived from an illiterate African farmer, Yacouba Sawadogo. He is living in Burkina Faso, south of the Sahel desert, and has been fighting desertification and drought since 1970. His story is inspiring and moving, it has been filmed in a 2010 documentary “The man who stopped the desert”.

He started his fight against the desert using Zai, an ancient local agricultural technology used traditionally to restore barren land. After many attempts, he invented his more powerful version of Zai. The main points, of his version of Zai, are deeper hole, filled with biodegradable waste and, finally, termites. Obviously, he also used agroforestry. Namely, trees to protect the cultivation from the wind and to keep the flora and soil healthy. This is not his invention but worldwide knowledge.
Despite his illiteracy, he has been so smart and successful that his new knowledges have spread in Burkina Faso and beyond. So that now, far from the space, you can see the results of this new type of culture: the greening of the desertic lands.

I hope that in the future, more investment will go to combat desertification and to improve degraded lands. The humankind can do much more, a brilliant illiterate has done so much, without any help from his government, with only a lot of will and a shovel. Yes, we can and must do much more!

© All rights reserved.
Sharing buttons can be found at the top of the page. 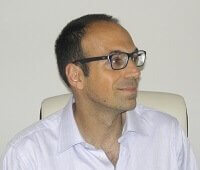